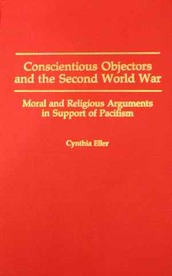 Conscientious Objectors and the Second World War: Moral and Religious Arguments in Support of Pacifism
Was pacifism an acceptable response to Hitler's military and moral assault? Drawing largely on interviews with sixty World War II conscientious objectors, including those who served in military non-combatant or civilian roles and those who were jailed as violators of the Selective Service law, this study provides an oral history of the difficulties encountered as a conscientious objector in the "Last Good War," and uses World War II as a case study for examining how people arrive at the moral decisions they act upon.
Contents
Excerpt
Reviews